The new Global Methodist Church will leave the UMC regardless of the General Conference decision, which has been delayed until 2022.

The Global Methodist Church unveiled its new name, logo, and website on Monday, days after the United Methodist Church announced it was once again postponing the May 2020 meeting that was set to consider the proposal to split.

That puts the likely launch of the planned denomination at least a year and a half away.

“Over the past year the council members, and hundreds of people who have informed their work, have faithfully and thoughtfully arrived at this point,” the Rev. Keith Boyette, president of the Wesleyan Covenant Association and chair of the Transitional Leadership Council that is guiding the creation of the Global Methodist Church, said in a post on the WCA website.

“They are happy to share with others a wealth of information about a church they believe will be steeped in the lifegiving confessions of the Christian faith.”

The United Methodist Church’s General Conference, its global decision-making body, is now scheduled to meet August 29 to September 6, 2022, at the Minneapolis Convention Center in Minneapolis.

Delegates are expected to take up a proposal to split the denomination called the Protocol of Reconciliation and Grace Through Separation.

The proposal, negotiated by 16 United Methodist bishops and advocacy group leaders from across theological divides, would create a new conservative “traditionalist” Methodist denomination—that’s the Global Methodist Church—that would receive $25 million over the next four years. Individual churches and annual conferences could choose to join the new entity; otherwise, they’ll remain in the existing denomination by default.

Calls to split one of the largest denominations in the United States have grown since a 2019 special session of the General Conference approved the so-called Traditional Plan strengthening its bans on the ordination and marriage of LGBTQ United Methodists.

At the time of the 2019 special session, Boyette’s WCA made clear it planned to split from the United Methodist Church if delegates to the special session had not approved Traditional Plan.

On its website, the Global Methodist Church says it similarly would move forward with a split if delegates to the General Conference meeting in 2022 do not approve the proposed protocol — or if support for the protocol wanes in the intervening year and a half.

The website describes the planned denomination as a “new church rooted in Scripture and the historic and life giving teachings of the Christian faith” and emphasizes its desire to be a global church. 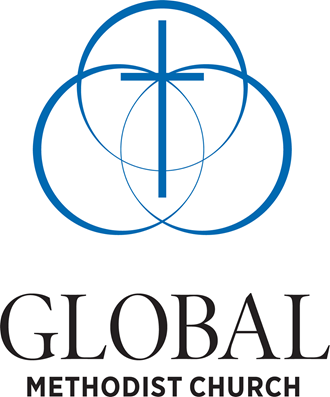 It also includes downloadable versions of a proposed Transitional Book of Doctrines and Discipline in multiple languages.

“True to our roots, we’re a patient and methodical people,” Boyette said on the WCA website.

“We want to do our very best to help theologically conservative local churches, laity, and pastors navigate the transitional period as smoothly as possible. And then we look forward to the Global Methodist Church’s convening General Conference where we hope the duly elected delegates will find what we have done to be helpful. It will be their great task and responsibility to discern God’s will and so help all its local churches and people live fully into the body of Christ.”

Already, one group of progressive United Methodists has announced it isn’t waiting for a vote to form its own denomination.

The Liberation Methodist Connexion launched last November with a virtual worship service and introductory presentation. The LMX—which doesn’t expect members to leave their current denominations or faiths to join—stresses action over doctrine and emphasizes the full inclusion of people of all gender expressions and sexual identities, races and ethnicities, mental and physical abilities, sizes and ages.

Previous articleBiden Says $1,400 Payments Can Start to Go Out This Month
Next articleVaccine Passports Begin at Rangers Game in New York + More